Submit faster new products and services, move closer to customers, increase the productivity of users. Never pressure of innovation on your business has been stronger. However, your existing IT infrastructure is gearing up to the goals of your company?

At the time of cloud and mobility, your computer model must be able to accommodate more users, more applications, and more data. According to IDC, the implementation of the third platform dedicated to the growth and innovation after the mainframe and client-server model requires an investment in Cloud Computing, social, mobile technologies and the Big Data. It also involves making fundamental changes to IT operations to provide access to self-service information and applications regardless of location, time and terminal.

Give the IT department the power to give more resources to users. IaaS offers more ways for your customers, your employees, and your IT department. While customizing the provision of IT services, the IaaS reduces costs of technology, training, and processes, and increases flexibility, responsiveness, and control of the IT environment. With the IaaS, your IT team no longer content to react to an endless list of demands but begin to implement a proactive partnership with the company.

Pioneer of virtualization, cloud computing base, MadeIT enables companies to innovate and prosper while saving a significant amount of dollars. Because virtualization and automation software from MadeIT cover the entire data center and virtual workspace, we are able to simplify the IT environment radically to help you achieve your goals business.

MadeIT Infrastructure is the basis for some of private, public and hybrid cloud environments. More customers rely on MadeIT to help them reduce costs, increase flexibility while maintaining control of their IT environments, and thus significantly improve the results of their business.

When your company chooses MadeIT and its extensive network of partners, the transition that you start is to evolve a traditional IT infrastructure progressively to achieve a virtualized cloud environment more flexible and efficient. Throughout this transformation, you enhance the value of more strategic IT investments.

Companies usually start their transition by virtualizing the infrastructure to consolidate investments and reduce costs. Subsequently, many opt for virtualization of critical applications and finally go to automation and higher levels of management to extend virtualization to the rest of the infrastructure, namely the storage, network, and security. These activities reduce operating costs and enhance service quality.

But it is only when virtualization has really become ubiquitous that your business can finally exploit IaaS at fair value. Companies that implement the IaaS considerable benefit of this operating mode, fundamentally different from their counterparts.

MadeIT offers a wide range of quality hosting products, all designed to give you the very best possible conditions to host your site or to run your business. From small shared accounts, through reseller accounts, virtual private servers and up to fully managed dedicated servers, you can find it with us.

Virtualization is not just for geeks or for those who runs enormously powerful servers. It offers something for everyone, and if you have not already wet your feet in the ocean of virtualization, then you are at serious risk of being left behind.

It is also Virtual Desktop Infrastructure (VDI), which is an entirely different technology. It is where client computers connect to a server and access their own desktop environments, all of which is hosted on the server. Typically, remote desktops appear in the windows of the programs client computers, but mobile devices such as tablets are increasingly used to access desktop virtualization.

For example, Citrix XenDesktop allows hundreds of client computers log on to one server via remote connections. Each user in the VDI environment has their own personal account and, therefore, your personal workspace and applications.

Take advantage of MadeIT robust infrastructure to host as many or as few virtual desktops as you want. Our VDI solution seamlessly integrates with our other Virtual Infrastructure offerings such as Hosted Exchange, SharePoint, Active Directory, Lync and much more. The scalability is limitless.

Some of the important things that you can do with the Virtualization technologies:

Do you have an application that does not work well in Windows 10 or Window 8, but Windows 7 or an earlier version of Windows? Simply take an old Windows CD and install it on a virtual machine. Then install your application.

Have you ever sent a file that your antivirus program has detected virus program, but contains important data? Most virtualization software includes a snapshot functionality, which means you can create a “saved state” of the virtual operating system and your entire hard disk. So, you can revert to the original state whenever you want. You can create a snapshot on the virtual machine, open the infected file inside the virtual machine to access the data and if the virus causes chaos, just click to restore the snapshot of the VM.

The virus treatment is not limited to malware. You can use your virtual computer to test new software, upgrades, or new software configurations before you deploy in your main operating system. Some VDI admin uses virtualization to create a copy of the operating system of an existing installation, plus your data, which then run to see if the configurations change or if the updates cause any damage.

If you operate thick client computers and want to be sure a Windows update before deploying it is fine, could do the same – just try it first on a virtualized machine.

If you run a Linux machine or webmail services, you can have a desktop version of Linux for occasional use, and it will also make easier communication with the server.

Create Backup of Your OS

Because the virtual operating system is contained in its entirety within a series of files, taking backup of your OS is as simple as any other file support. The same applies to virtualized server installations.

If you are running a virtual machine on a server to host the mail server and is felled by an attack by a hacker, operating all over again is as simple as restore files from backup.

If you are out of the office, no need to take your laptop with you. Just leave it running (with saving power off), take the mobile phone or tablet computer, access to the laptop via a Remote Protocol (RDP) Desktop over the Internet. This will allow you to access the same desktop environment to which it is used.

VDI software allows the virtual machine to run without displaying a desktop (or other user interfaces). Mostly, the virtual PC is running in the background, while acknowledging all other connections, such as networks. For people who create websites, this offers you the ability to run their own private web server for testing.

You can create regular backups of existing server installations that could provide vital redundancy if a catastrophe occurs in the active server.

Accessibility is imperative to a corporate environment. You can connect your offices to your VDI environment using a VPN, MPLS, or a direct connection. Multiple Internet carriers keep the connection live despite any provider network outages.

By installing Citrix XenDesktop on your Windows server, you can re-use less powerful computers to thin clients, eliminating the need for an IT budget for updating a workstation. Customers access their personal desktop spaces on the server, and there is no noticeable difference compared to the performance of the operating system and applications locally.

XenDesktop includes intelligent technology to avoid standard thin client errors, such as the fact that videos and animations do not work well, by transferring some of the processing work to the client computer.

MadeIT VDI solutions also allow workers to access their computers from home, whenever the server is configured to be accessible to the public and have installed the appropriate client software. You can even use mobile phones to connect to desktop environments. 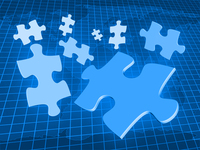 The demands on IT staff, developers, and managers of business lines grow exponentially. It is always crucial to develop and deploy to remain competitive in the market while maintaining a budget for business-critical infrastructures.

By choosing a reliable provider of management and application services such as MadeIT, companies can focus more on their development efforts, which are necessary to grow their business and innovation, rather than maintain the complete operation merely. MadeIT offers a full range of product and service portfolio of Managed Services, which is part of a broader offer of companies that allows them to transform your business by Hybrid IT and other measures.

Due to the increasing IT requirements and the continuing budget and personnel constraints, it has never been more important to find a reliable partner. By working with a provider that support for mission critical IT plumbing and processes, companies can shorten the time to market and take new initiatives which previously required too many resources.

In addition, the capital expenditure required to the applications and the costs necessary for the operation of these applications to reduce hardware in advance due to the acquisition and renewal of licenses.

MadeIT serves thousands of corporate clients with the worldwide operation of data centers and a robust MPLS network and is, therefore, able to offer small business networking and data center integration, which SMEs and big business cannot devote independently.

As a leader in managed services, we work with you with features such as a cloud-based contact center. You decide based on your budget, the desired features of existing devices and the desired level of control and the outsourcing capability for a solution that suits your needs best.

Thanks to MadeIT combination of global reach, strong local presence, and comprehensive service portfolio you will get everything you need from one source. We work with companies of all sizes while offering every company the same performance and range. Moreover, our dedicated account team helps to develop strategies to help you achieve your goals.

We at MadeIT know that there is not a single solution to meet all your unique business needs. Our comprehensive platform expertise makes us an ideal partner for your IT transformation. Our diverse solutions meet the specific needs of client applications, and we have unique hybrid environments that offer agility to ensure that compliance and safety standards are met.

Companies that just shift the infrastructure, we offer the opportunity to combine their assets in our data centers and to benefit from our extensive portfolio of managed applications and operating systems. It gives our customers the ability to migrate gradually, rather than to carry out at once. Thus, we offer a smooth transition with minimal downtime.

Also, we have made ​​significant investments in our support of operating systems and applications. We are at the same also provide flexible live support available, offered by the cloud infrastructure.